Payment Card Industry (PCI)
The Payment Card Industry (PCI) Data Security Standard (DSS) is being utilized worldwide by MasterCard, Visa, Discover and American Express to fight debit and credit card fraud by imposing strict security standards on how cardholder data is handled and kept. Failure to comply with PCI DSS and any subsequent breach of card data within a merchant’s site, may result in substantial fines and potentially, the inability to accept card payments.

Pick Up Card
An issuer's electronic response to an authorization request, asking that the card be retained by the merchant and returned to the issuer. Also appears as PIC UP.

PIN
Personal Identification Number - a numeric code used as verification to complete a transaction via a payment card. The number is entered into a keypad and is encrypted to travel along with the authorization.

POS
Point Of Sale - the location at which a payment card transaction occurs, usually by way of a device such as a credit card terminal or cash register.

POS Terminal
A terminal at the point of sale, connected via telecommunication lines to a central computer. Authorization, recording and transmission of electronic transactions are performed through the terminal.

Private Label Card
A card issued by a merchant that can only be used in the issuing merchant's business. An example would be a department store credit card.

Processing Fees
The fees associated with the processing of credit card transactions.

Processor
A company responsible for processing interchange transactions - operated by an acquirer or acting on the acquirer's behalf.

About Us
Avoid The Pitfalls
Educational Resources
Referral Relationships
Services & Solutions
TMC Store
Contact Us
“
We love using the services from TMC. They came in and listened to our needs and found ways to make our operations run smoother and faster. We have many members who like to be able to pay online with a debit or credit card so we were able to set up a link on our website, easy quick! We also have members who want to call and pay – save the time of mailing a check, also my collections staff love it too.
”
Lori Olsen, Lighthouse Credit Union 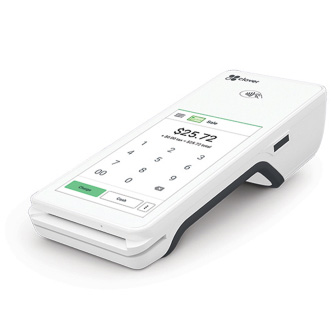